What is a Cochlear Implant?

A cochlear implant is a small, complex electronic device that can help to provide a sense of sound to a person who is profoundly deaf or severely hard-of-hearing. The implant consists of an external portion that sits behind the ear and a second portion that is surgically placed under the skin. An implant has the following parts:
An electrode array, which is a group of electrodes that collects the impulses from the stimulator and sends them to different regions of the auditory nerve. An implant does not restore normal hearing. Instead, it can give a deaf person a useful representation of sounds in the environment and help him or her to understand speech. 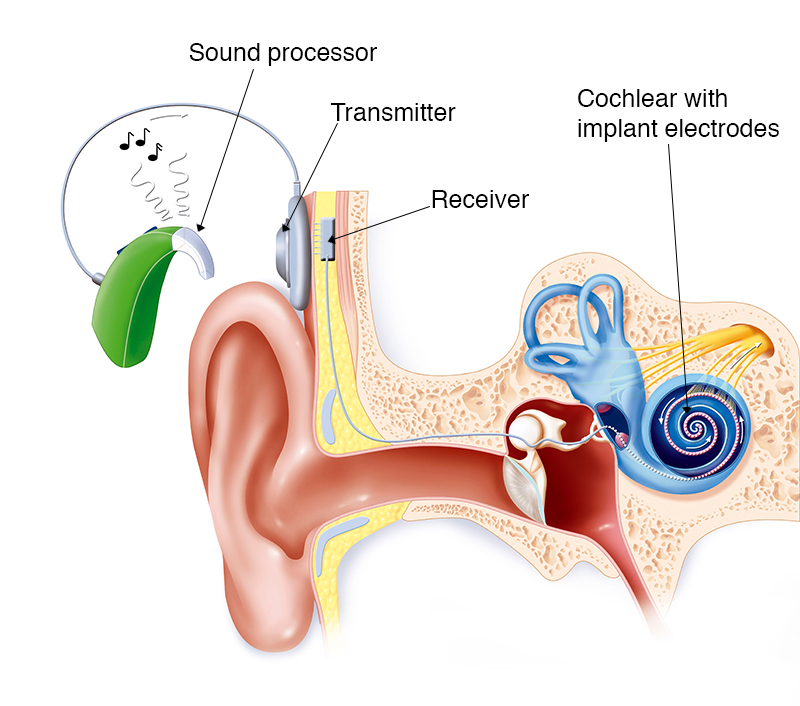 We accept most insurance plans. Contact us for more information. 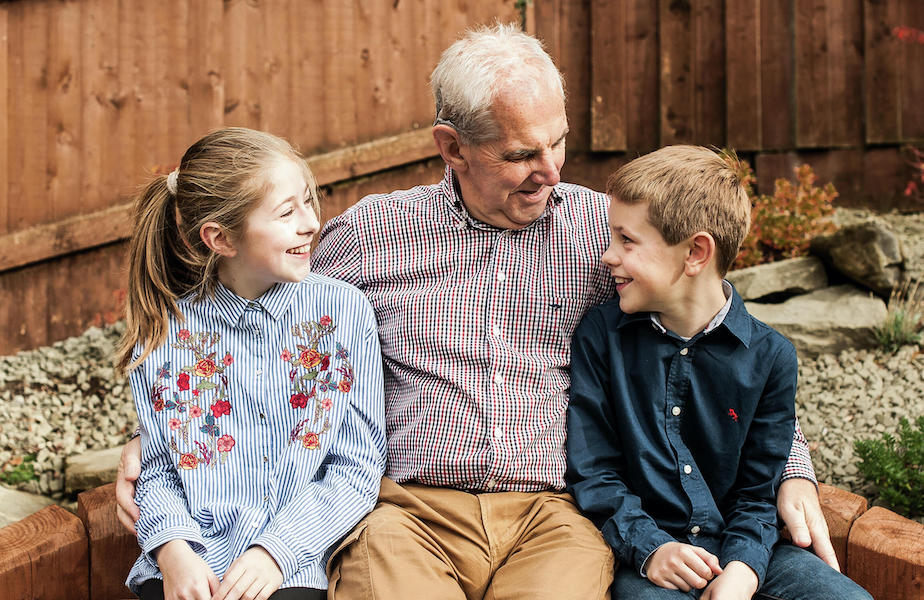 How does it work?

A cochlear implant is very different from a hearing aid. Hearing aids amplify sounds so they may be detected by damaged ears. Cochlear implants bypass damaged portions of the ear and directly stimulate the auditory nerve. Signals generated by the implant are sent by way of the auditory nerve to the brain, which recognizes the signals as sound. Hearing through a cochlear implant is different from normal hearing and takes time to learn or relearn. However, it allows many people to recognize warning signals, understand other sounds in the environment, and enjoy a conversation in person or by telephone.

Children and adults who are deaf or severely hard-of-hearing can be fitted for cochlear implants. According to the Food and Drug Administration (FDA), at the end of 2006, more than 112,000 people worldwide had received implants. In the United States, roughly 23,000 adults and 15,500 children have received them.

Adults who have lost all or most of their hearing later in life often can benefit from cochlear implants. They learn to associate the signal provided by an implant with sounds they remember. This often provides recipients with the ability to understand speech solely by listening through the implant, without requiring any visual cues such as those provided by lipreading or sign language.

Cochlear implants, coupled with intensive post implantation therapy, can help young children to acquire speech, language, and social skills. Most children who receive implants are between two and six years old. Early implantation provides exposure to sounds that can be helpful during the critical period when children learn speech and language skills. In 2000, the FDA lowered the age of eligibility to 12 months for one type of cochlear implant.

Use of a cochlear implant requires both a surgical procedure and significant therapy to learn or relearn the sense of hearing. Not everyone performs at the same level with this device. The decision to receive an implant should involve discussions with medical specialists, including an experienced cochlear-implant surgeon. The process can be expensive. For example, a person’s health insurance may cover the expense, but not always. Some individuals may choose not to have a cochlear implant for a variety of personal reasons. Surgical implantations are almost always safe, although complications are a risk factor, just as with any kind of surgery. An additional consideration is learning to interpret the sounds created by an implant. This process takes time and practice. Speech-language pathologists and audiologists are frequently involved in this learning process. Prior to implantation, all of these factors need to be considered.

With advancements in technology and continued follow-up studies with people who already have received implants, researchers are evaluating how cochlear implants might be used for other types of hearing loss.

NIDCD is supporting research to improve upon the benefits provided by cochlear implants. It may be possible to use a shortened electrode array, inserted into a portion of the cochlea, for individuals whose hearing loss is limited to the higher frequencies. Other studies are exploring ways to make a cochlear implant convey the sounds of speech more clearly. Researchers also are looking at the potential benefits of pairing a cochlear implant in one ear with either another cochlear implant or a hearing aid in the other ear.