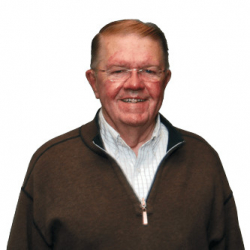 Larry Brandsen, BC-HIS
Larry Brandsen is the founder of Able Hearing. Larry was born in Oregon City and has been serving the Hearing Impaired in the Great Northwest since obtaining his State License in 1969.

This September, there is a worldwide initiative to raise awareness on Alzheimer’s disease. At Able Hearing, we use this opportunity to discuss the correlations found between untreated hearing loss and dementia. It is important to note that Alzheimer’s disease is the most common form of dementia.

Alzheimer’s disease is characterized by a gradual decline of brain cells that ultimately causes brain shrinkage. It is an irreversible disease that continues to progress and affect the cognitive functions of the brain. At present, Alzheimer’s disease is a wide spread brain disorder among older individuals. Those who are affected by this condition slowly lose their ability to think and retain memory. This eventually results in the failure to recognize their relatives and even immediate family members. This is one of the main reasons Alzheimer’s disease is an emotionally draining condition for anyone who has a parent or relative suffering from it.

Alzheimer’s disease is a destructive and an unfortunate way of aging. This makes it necessary for professionals and health activists to raise more awareness to it, allowing more and more people to recognize the onset of this disease. Suspecting its development in elderly people can help delay developing symptoms by getting a timely diagnosis.

The Effects of Alzheimer’s Disease

Alzheimer’s disease shortens the lifespan and proves fatal in all cases. However, treatment can delay its progression and also reduce the effects of the condition. While each person is affected differently, its destructive traits underline the same patterns.

Individuals who develop Alzheimer’s at a later point in life are afflicted with much severity. Their ability to understand, process, and communicate is impaired while their memory worsens to a point where they no longer recognize people and functions. They even forget how to perform basic tasks like eating.

During the initial phase, the person’s ability to rationalize or make decisions is affected. This can extend to losing conversing skills and experiencing extreme confusion. Some individuals may even hallucinate and perceive the paranoid scenarios in their mind to be real. Over time, their paranoia can worsen and cause further complications.

As people with Alzheimer’s disease are unable to comprehend on the same level as they once did, they can withdraw from conversations, lose interest in social activities and avoid participating in normal life events. Their apathy results from the slow impairment occurring in their brain, which most people fail to suspect on time.

People with Alzheimer’s disease are likely to behave irrationally or persistently. Their reactions are less likely to make sense and appear out of character. They can also show symptoms such as repeating or forgetting words, outbursts, hysteria and restlessness.

Alzheimer’s disease ultimately affects a person’s brain capacity, which results in impairing their coordination and mobility. This limits the person’s independence to perform daily tasks. At some point, they may even lose mobility completely. As the condition worsens, a partial or complete paralysis is also likely.

Although there exists no cure for Alzheimer’s, there are ways to improve the living conditions of those affected by it. A nutritious diet, for example, can delay the onset of Alzheimer’s disease while physical activity can strengthen the brain function and help individuals stay healthy and age gracefully. For those who face other challenges like hearing complications, seeking proper treatment could help reduce the risk for developing dementia.

What’s the Link between Alzheimer’s Disease and Hearing Loss?

The brain is an adaptive organ of the body that tends to function, even in limited circumstances. For example, it adapts to hearing complications by substituting different functions to make comprehension possible. This can be understood by the concept of neuroplasticity. Neuroplasticity is the brain’s ability to change; this can be seen with hearing loss, in which the brain allots communication to other parts of the brain.

When an individual loses hearing, the brain responds by transferring this function to other senses (touch or vision) in order to process hearing in other ways. This mechanism is known as cross-modal cortical reorganization, which sums up the brain’s tendency to adapt and reassign functions. However, in the long run this results in a damaging effect on cognition, which explains the connection between dementia and hearing loss.

Individuals with hearing problems have significant tendencies to develop dementia at a later point in life. Dementia is the decline of cognitive abilities to a degree that interferes with daily life. It overlaps with other brain disorders like Alzheimer’s disease, which is basically a subset of dementia itself.

Hearing problems directly exert an unhealthy amount of pressure on other parts of the brain. This causes a gradual cognitive decline as other senses are constantly tasked with substituting the function of the hearing sense. This is why the compensatory reorganization of the brain heavily correlates with brain declining disorders as it weakens cognitive abilities.

Visit Us at Able Hearing

Seeking treatment with the use of hearing aids is one solution to maintaining strong cognitive functions. It also improves the overall quality of life and eliminates many hurdles. At Able Hearing, we provide comprehensive hearing health services and we’re here to help. Contact us today to learn more!